Yesterday I attended Fort Process festival, which took place at Newhaven Fort. It was a pretty incredible day. The fort itself, which was built in the 1860s, is a pretty amazing space to begin with. It teems with bunkers and tunnels, as well as underground chambers and gun emplacements. As you explored the fort, you continually unearthed new installations and performances. All of these were enriched by the the unorthodox surroundings, and many incorporated the acoustics of the space into the performance. I went armed with my field recorder and camera so was able to capture some of it. Some pictures below, click to see full size images. I have some nice recordings of a clicking electric fence, and some streamer tape flapping in the wind, as well as some recordings which highlight the peculiar reverb of the tunnels, I’m sure some of these will find their way into a Cutlasses composition at some point.

So much great stuff to see and hear. I really can’t think of anything else I’ve been to that’s comparable. So many great artists, but with so much stuff happening at the same time it was impossible to see it all. I’m really hoping it happens again next year. I always find events like this inspiring, and am now itching to work on some new material. Hoping to finish work on an album by the end of the year. 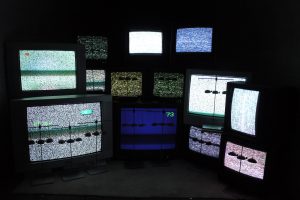 Static from TVs turning on and off triggered bells to ring 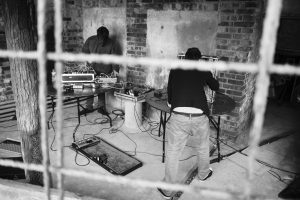 Inwards and co manipulate audio from other sets, live through modular setups 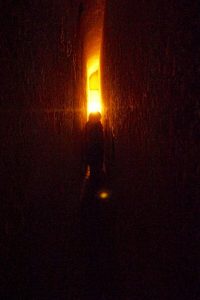 One of the many, very narrow, corridors. A lot of them were originally used to provide lighting behind glass windows to other rooms. As the lighting would have been gas-based, these needed to be kept out of rooms containing gun powder, so the light were in the corridors. 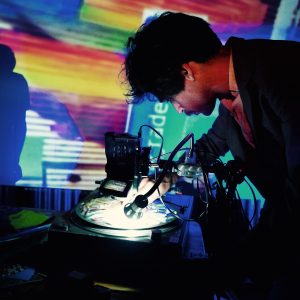 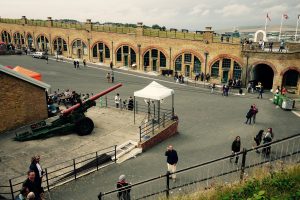 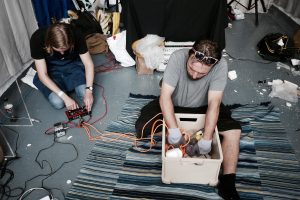 Box of miscellaneous items and contact mics, being rumagged and generating triggers for the Nord Drum. 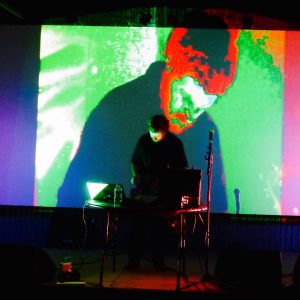 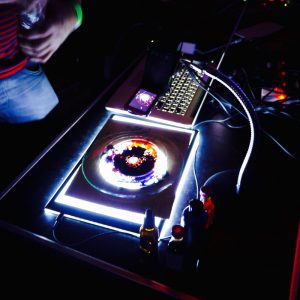 Live projections – ink was ‘marbled ‘ on oil over a light box, then super-imposed over manipulated video of the artists. 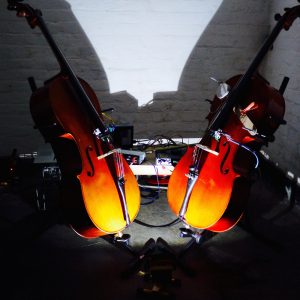 These cellos were feeding back off each other. The sound was vibrating the body of the cello using a built in speaker, which resonated the strings. This was picked up and fed back into the other cello’s body. The resulting audio was processed by software written in Super Collider, sounded IMMENSE